These are a few of my favourite tools

People, for whatever reason, are "wowed" and "impressed" by my setup. I am not entirely sure why, but since I promised myself I would contribute more posts, more frequently, here's my setup on OS X 10.11.

I used to be the type to take pride in their editor, shell configuration and maintained my own oh-my-zsh lite and spacemacs lite, even. At some point, I even used Gentoo. What kind of..??

But anyway, over time, I've become more and more averse to maintaining my own full configuration. That's where these configuration starters come in.

emacs spacemacs used to be specifically for having a usable evil-mode, but has since morphed into being an Emacs-on-steroids type of thing.

zsh prezto is an alternative to oh-my-zsh that was recommended by its creator in this post.

vim spf13. Just for kicks, here's a vim configuration kit that I use for terminal vim.

But AJ, what's the difference? Aren't writing code and writing prose one and the same?

Yes, both code-writing and prose-writing involve long hours spent looking at streams of text, but I prefer to keep their contexts somewhat separate by using different fonts. Since I use Emacs for, well, everything, I have it toggle fonts:

code M+ 1m also has a dashed rather than dotted 0 which I prefer. 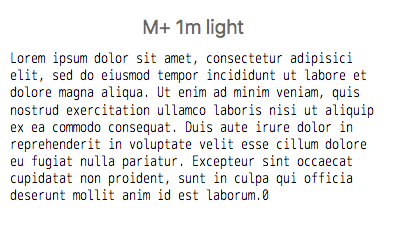 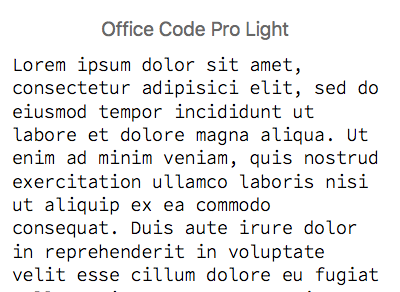 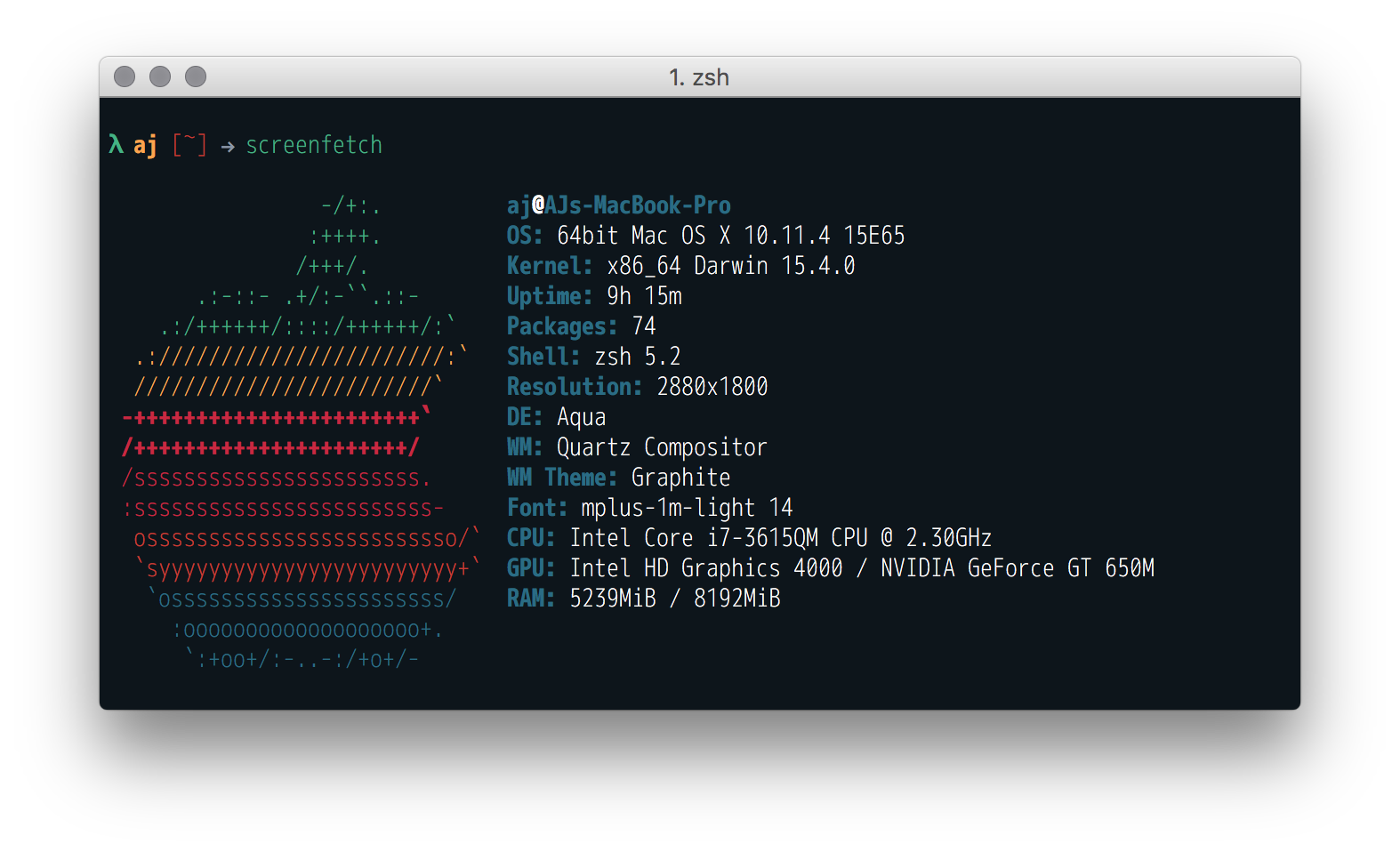 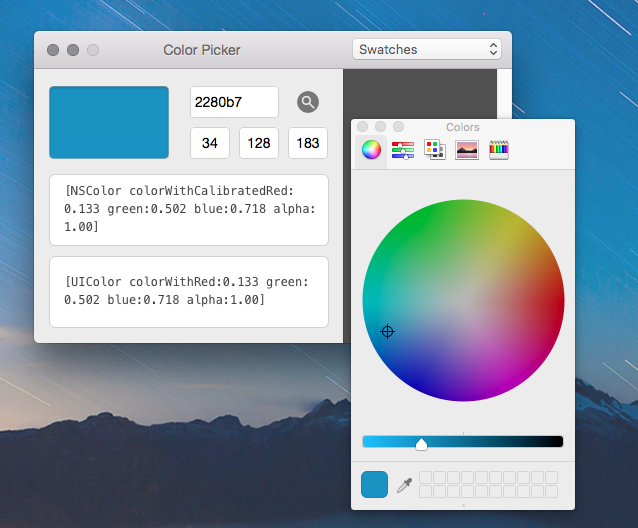 markdown preview Marked 2 does a fantastic job of doing on-the-fly previews for Markdown files. It even brings you to the line that's been recently changed. 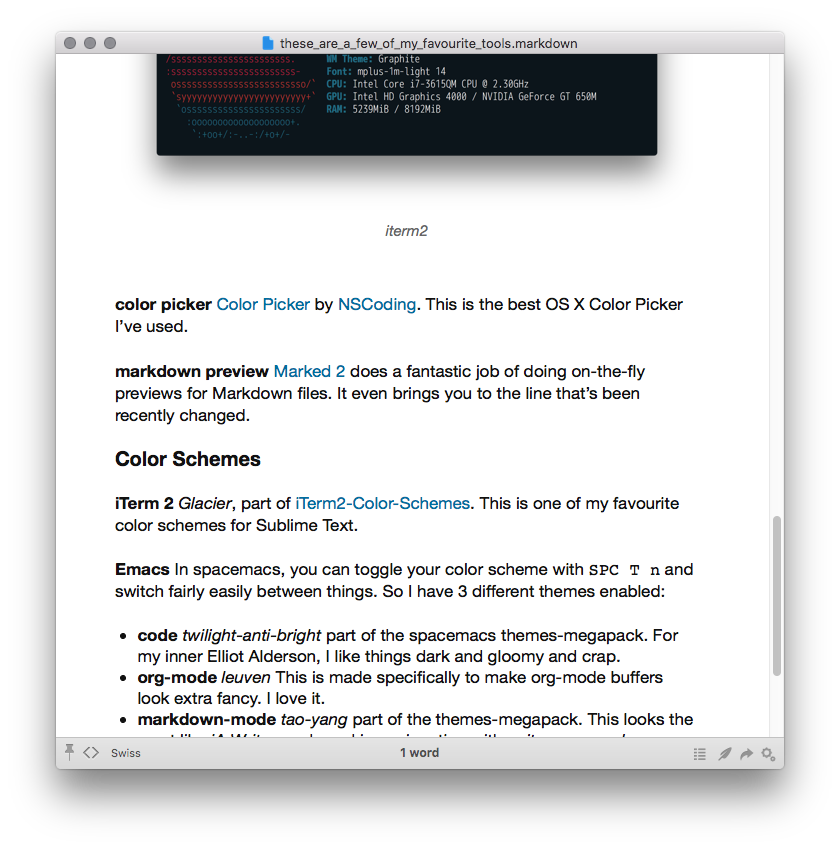 VNC client VNC Viewer by RealVNC is the best free VNC client I've used on OS X. I've tried Chicken of the VNC, Screens (too expensive for my occasional use of VNC), and the built-in app (too laggy).

iTerm 2 Glacier, part of iTerm2-Color-Schemes. This is one of my favourite color schemes for Sublime Text.

Emacs In spacemacs, you can toggle your color scheme with SPC T n and switch fairly easily between things. So I have 3 different themes enabled: 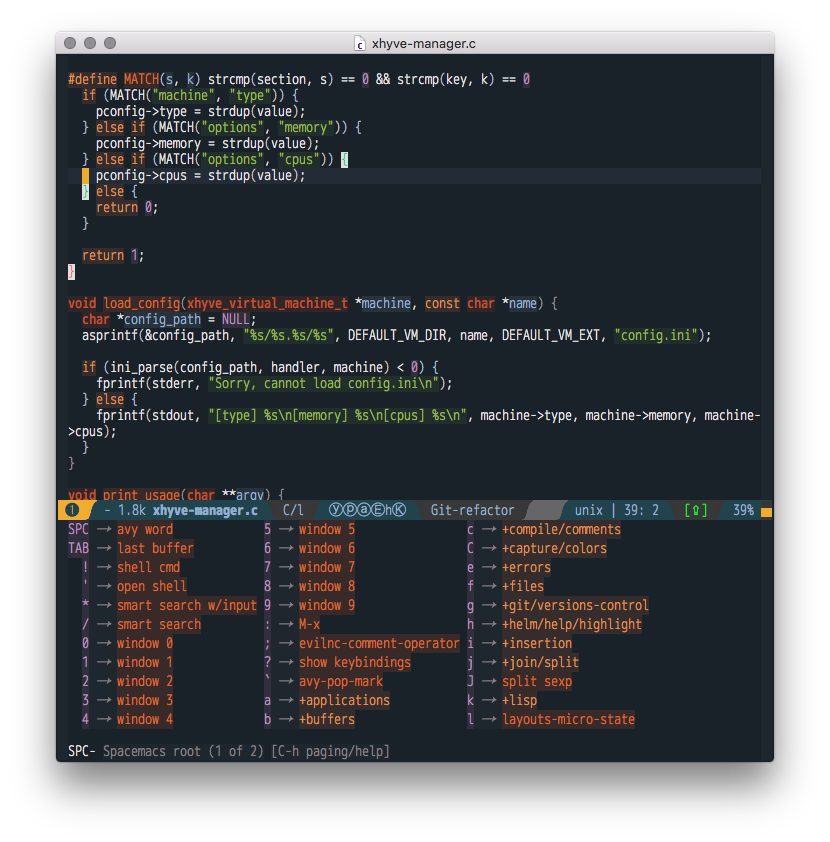 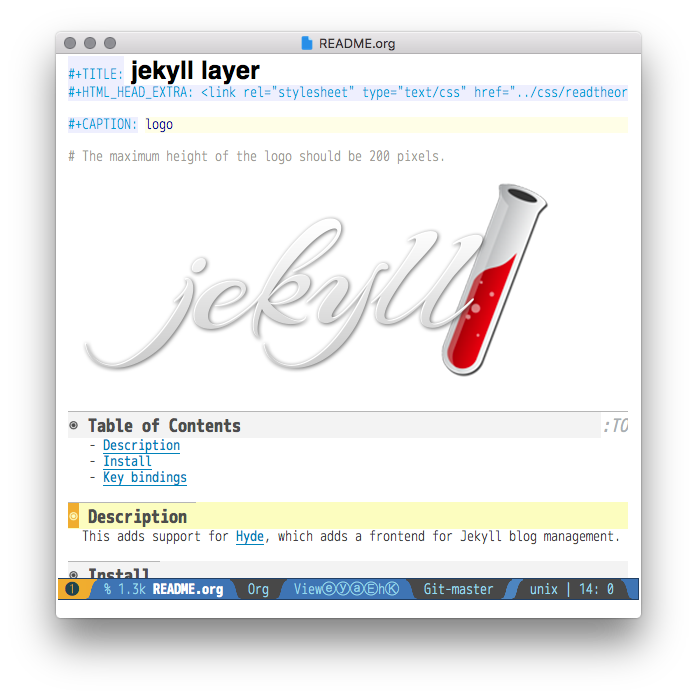 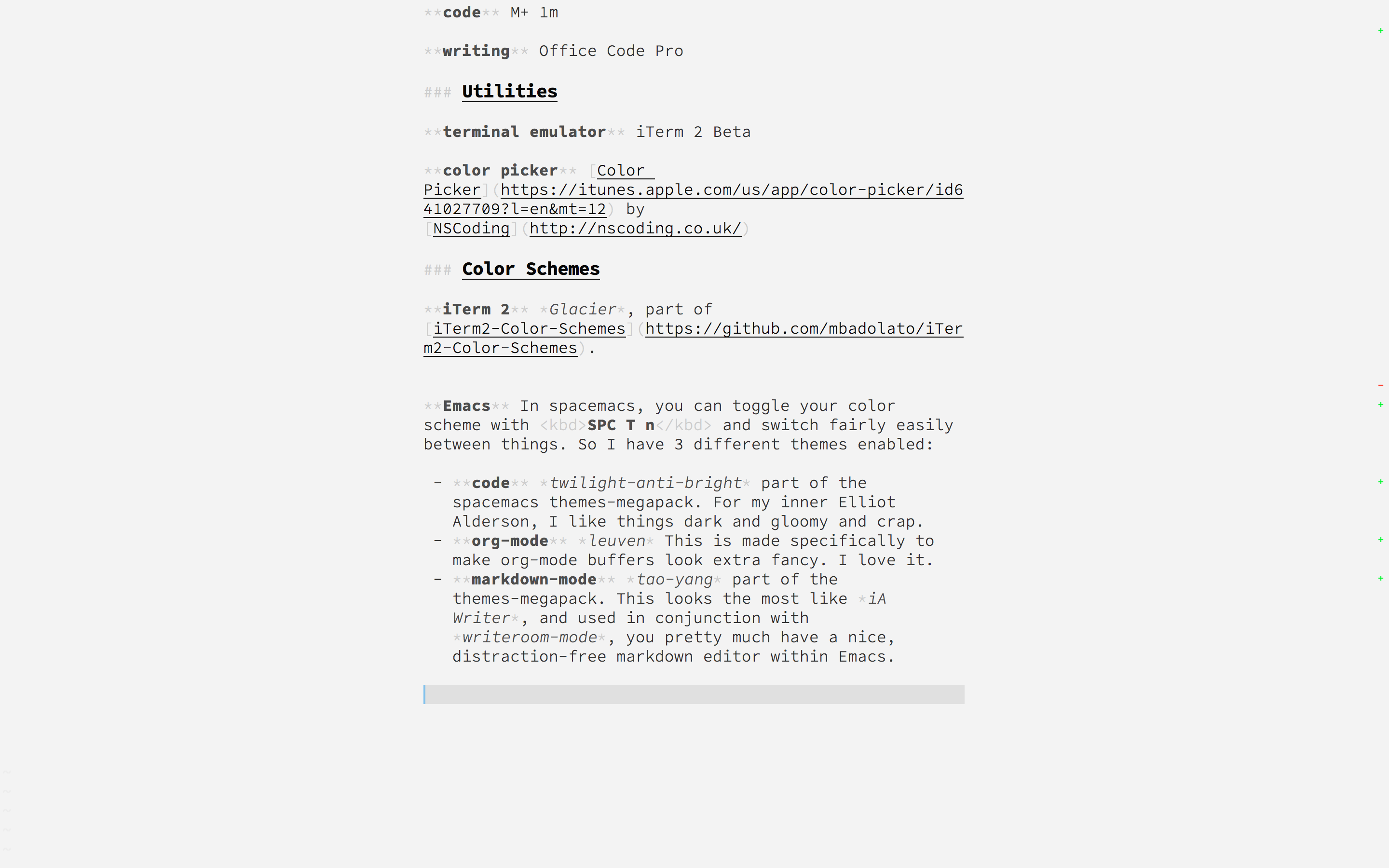 icons LiteIcon lets you change icons for folders, applications, etc. on OS X. You do need to disable SIP in OS X 10.11.

dock cDock 2 tweaks the look of your dock.

Firefox Developer Edition is what I've been using, since I use Firefox Sync for all my devices as well. I've dedicated a whole section to this because it's such an important part of my workflow. 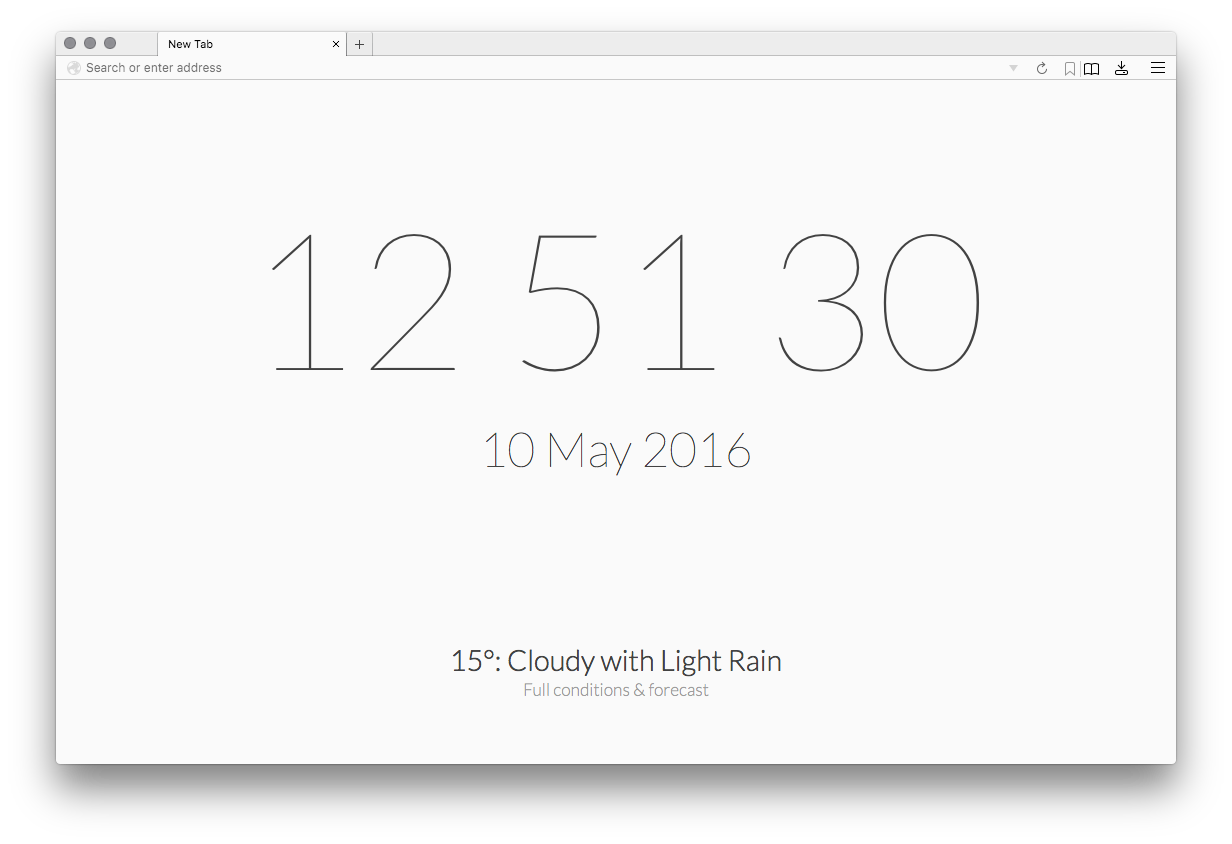 Multimedia Keys Use your media keys to control the playback of something like 8tracks.com, SoundCloud, even YouTube (!!) with BeardedSpice.

Media Player mpv has replaced mplayer for me.