Setting up docker with xhyve

An alternative You can skip all this and check out dlite, which integrates xhyve with docker without going through the hassle of dealing with docker-machine and fiddling with environment variable shenanigans. I've since switched to that over docker-machine-driver-xhyve.

One of the pain points I have had with using docker on OS X is that performance can take a hit due to needing a Type 2 hypervisor (which runs more like a regular program that doesn't have direct access to hardware) to work (e.g. virtualbox, VMWare).

Here's where xhyve comes in. xhyve takes advantage of the Hypervisor.framework that was introduced in OS X 10.10, which brings Type 1 hypervisor technology (direct, host-level access to hardware) to OS X. @mist64, the main author of xhyve has an excellent introduction written up on it.

As this is all very new technology, I did not find many guides on how to use xhyve with my docker workflow, so I've written up my notes here.

A solution I've been using to get that takes advantage of @zchee's docker-machine-driver-xhyve.

If you have a previous installation of the docker toolset, whether through Docker Toolbox or homebrew, you'll need to uninstall them all.

You can use docker's own uninstall script:

If you installed docker with homebrew, uninstall docker, docker-compose, docker-machine:

All of these can be installed without homebrew, but I'm too lazy to go over that.

I've attempted to automate this process with a script, but YMMV.

UPDATED 06/01/2016 - @nathanleclaire pointed out that there are binaries of docker-machine-driver-xhyve here. Not sure how I missed that before, but I've updated this to account for the pre-compiled binaries. :)

You'll then need to change permissions for the docker-machine-driver-xhyve binary:

See the releases page for installation without home-brew.

Then, set up the $GOPATH which will be necessary to proceed:

Retrieve the docker-machine source and then build and install:

Retrieve the docker-machine-driver-xhyve source and then build and install that:

NOTE I had to temporarily turn off the OS X Firewall in order for this to work and to disconnect from any active VPNs.

This will create a docker-machine running on xhyve, and then set up a tinycorelinux-based boot2docker VM. 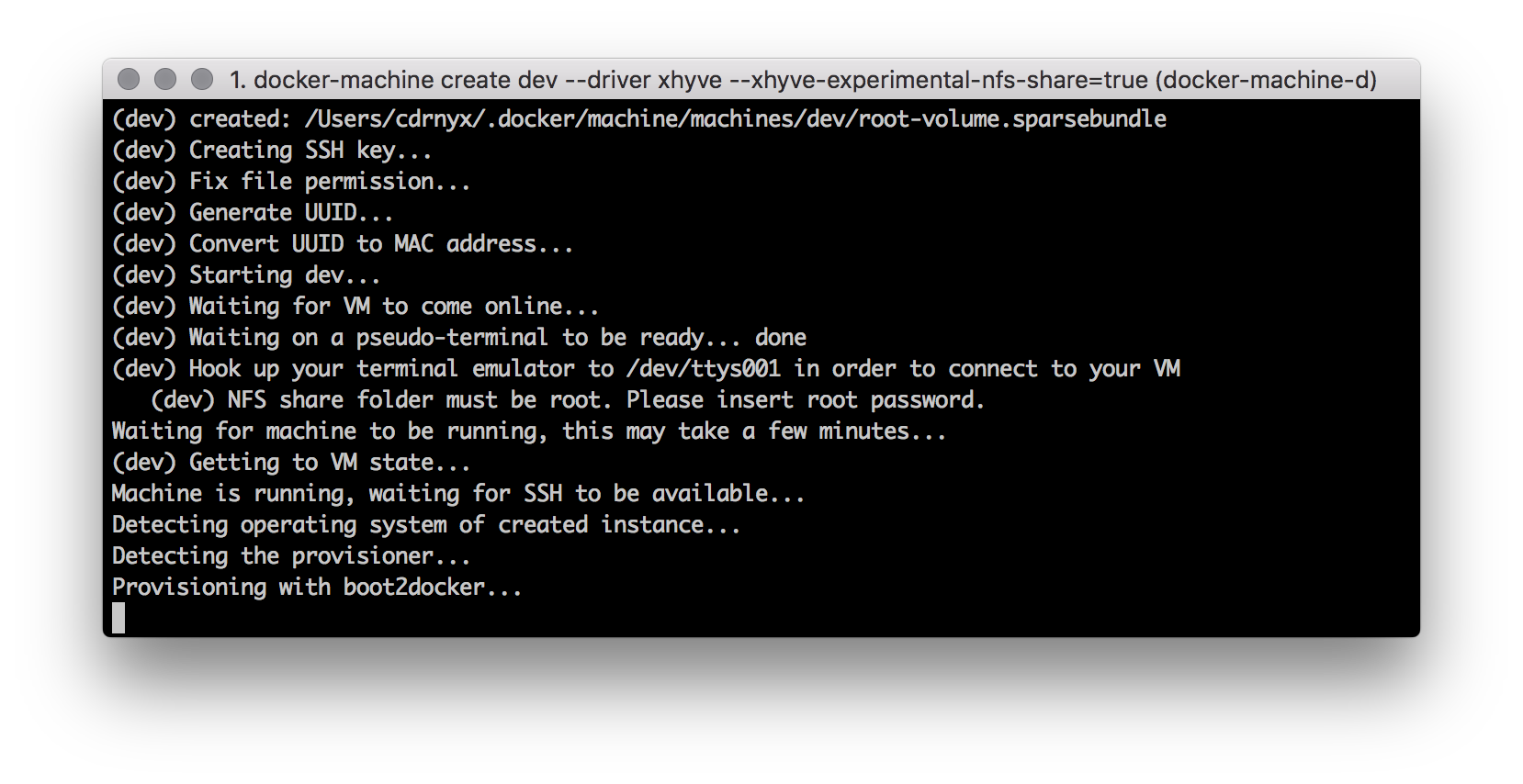 I'd recommend having the --xhyve-experimental-nfs-share argument passed if you want to mount shared volumes. This will mount /Users as an NFS folder in the tinycorelinux environment that docker on OS X needs.

If you have an existing /etc/exports (used to configure NFS on OS X), temporarily move it to /etc/exports as the NFS setup by this docker-machine driver will not work otherwise.

NOTE: if you are using a VPN, turn it off before using this step. 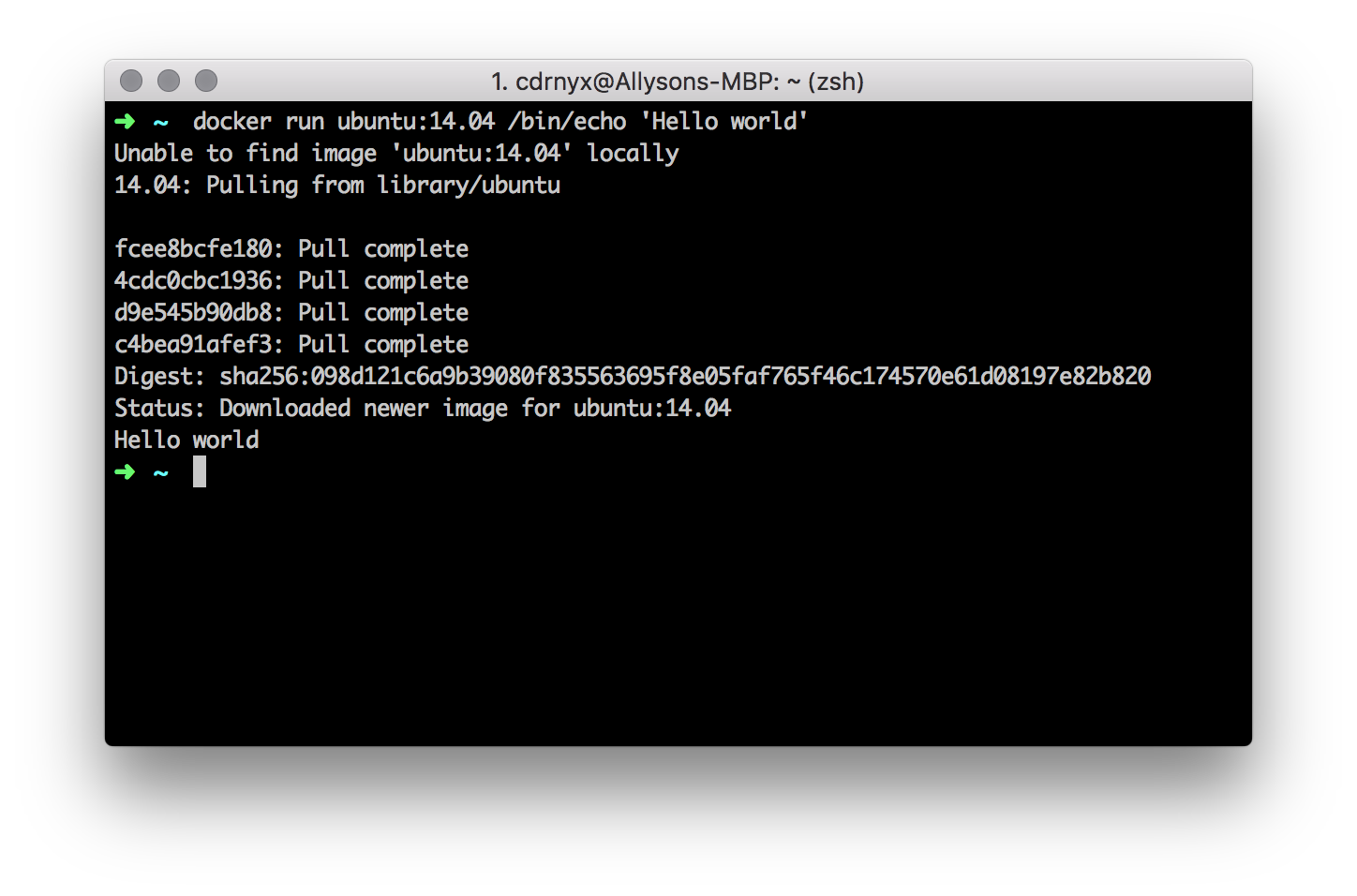 I've successfully used this on projects that use multiple containers without having to change any configuration in docker-compose.yml.